A charming downtown with a booming brew scene that TripAdvisor calls “One of the Top 10 American Brewery Tours,” this historic Jackson County mountain town has a distinct groove. Sylva serves as the county seat of Jackson County.

The downtown area is lined with a collection of eclectic restaurants, breweries, and shops that are open year-round. Sylva was also named one of the “Top 10 Cleanest Cities in the US” by Expedia.com, due in part to its green and eco-friendly initiatives, including being a certified Tree City featuring a stunning Tree Walk that showcases over 50 different species of trees. 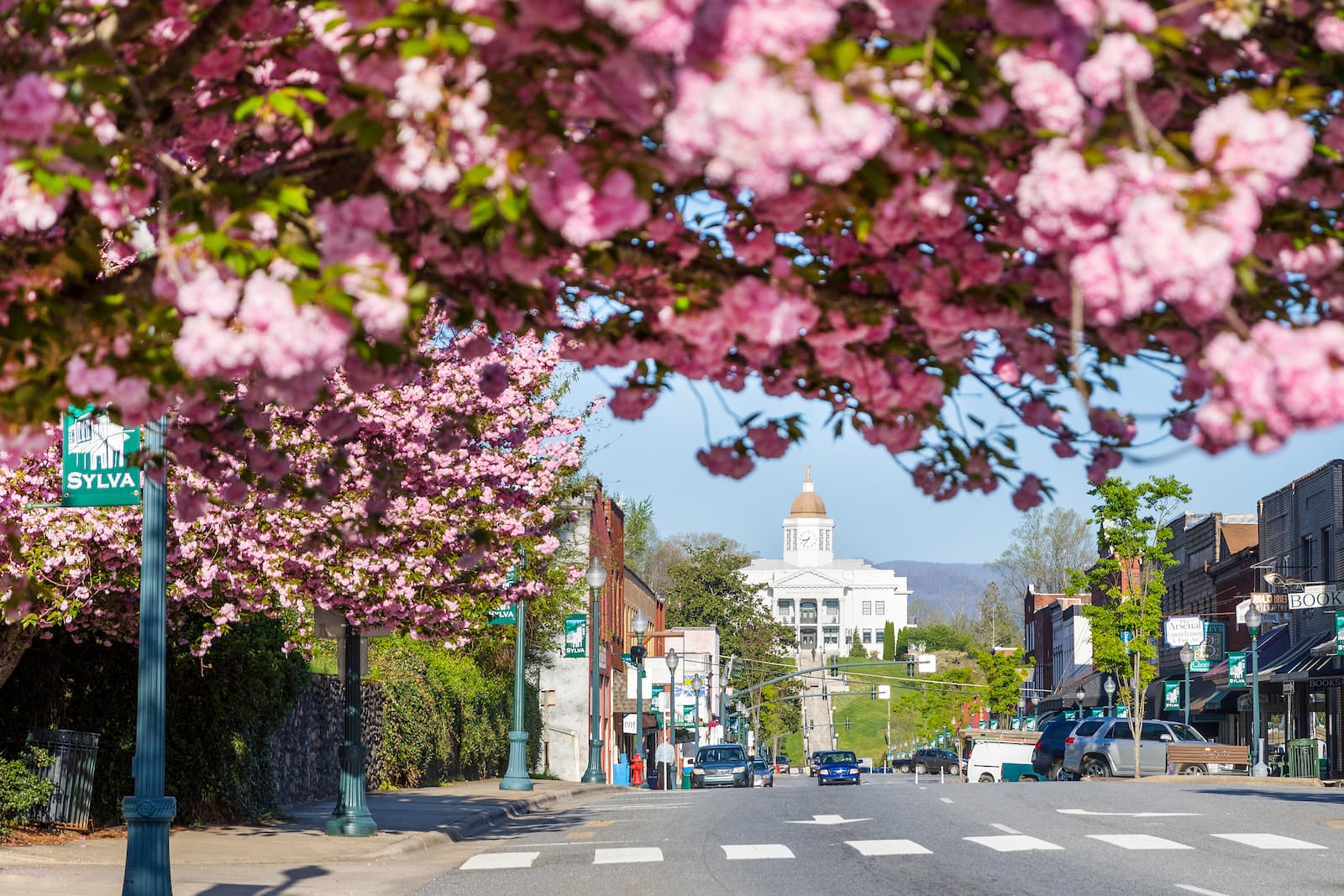 Get Directions to Sylva

With elevations exceeding 5,000 feet, the 1,400-acre Pinnacle Park, owned by the town of Sylva, has some of the most challenging hiking trails in all of Western North Carolina. Jackson County is proclaimed NC’s Trout Capital®, and Sylva is a major part of the county’s famed WNC Fly Fishing Trail®. Scotts Creek, also called Scott Creek runs through the heart of downtown and provides ample opportunity for reeling in trout. Visitors are invited to bring their fishing gear and grab a trail map from the Jackson County Chamber of Commerce and Visitor Center to explore the abundantly stocked, pristine waters.

For a fun activity with friends, check out four local breweries on the Jackson County Ale Trail. Sylva and surrounding towns are known for this unique string of breweries featuring local brews and good times. Sylva has four walkable breweries with over 120 locally crafted ales on tap: Innovation Brewing, Nantahala Brewing, Lazy Hiker Taproom, and Balsam Falls Brewing. Nearby in Dillsboro, Innovation Station is another brewery featuring even more options for locally crafted goodness.

Speaking to fly fishing and great craft ales, every year, the Hook, Line & Drinker festival is held, and it’s one of the top 20 events in the Southeast.

Sylva’s charming downtown earned its role in the Hollywood motion picture Three Billboards Outside Ebbing Missouri, which utilized West Main Street for most of the movie. No stranger to Hollywood, the Fugitive (filmed at Harris Regional Hospital) and Deliverance also had scenes staged in Sylva.

Sylva never lacks in things to do: Memorial Day through Labor Day, there are live concerts at Bridge Park every Friday night, and Greening Up the Mountains is a large earth day festival spanning several blocks downtown every spring.

All restaurants have taken special COVID precautions and are offering takeout and curbside serve.

Ready to plan your trip to Sylva?

Take a look at our Trip Ideas to get inspiration for your next mountain getaway. Or check out some FAQs to get all your Jackson County questions answered.

Send this Location via Text Message

Get Our Free Visitor Guide