Seems everyone is beginning to discover Jackson County. And that’s great. As for the Hollywood crowd, they’ve been coming here for decades and still use our area as a movie set. It’s true. In the last year, Jackson County served as the backdrop for three major Hollywood productions, including the remake of Dirty Dancing and the films Three Billboards Outside Ebbing, Missouri and The Legacy of a White Tail Deer Hunter.

Sweeping every major Hollywood award ceremony, and racking up more than two dozen awards to date, the buzz continues to grow for the nationally-acclaimed dark comedic drama, Three Billboards Outside Ebbing, Missouri. 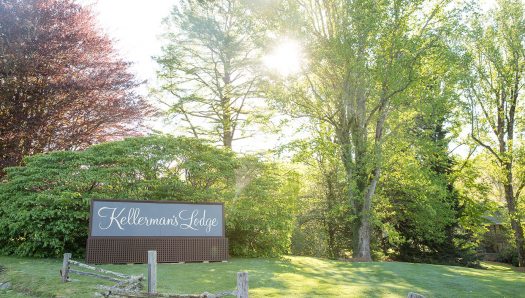 The remake of Dirty Dancing had iconic scenes filmed at High Hampton Inn & Country Club in Cashiers, NC. The film is set to air on the ABC network and stars Debra Messing, Abigail Breslin, Sarah Hyland and Colt Prattes. Fans will recognize the Inn’s dining room, lawn and iconic view of Rock Mountain throughout the reboot of this famous storyline. 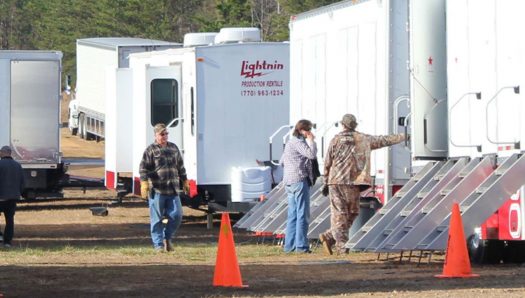 The Legacy of a White Tail Deer Hunter

The Legacy of a White Tail Deer Hunter, starring Josh Brolin, Danny McBride and Scoot McNairy, wrapped filming in Cashiers last year and features scenes at High Hampton Inn & Country Club. Not only will some film locations look familiar, so will some familiar faces. Extras were pulled straight from our local talent.

These recent big budget films aren’t the first to be filmed in Jackson County. The multi-million-dollar box office hit, The Fugitive (1993), starring Tommy Lee Jones and Harrison Ford, was filmed in Dillsboro along the Great Smoky Mountains Railroad and at the C.J. Harris Regional Hospital. Wreckage from the infamous train crash scene can still be seen from the eastbound Tuckasegee River Excursions departing from Bryson City.