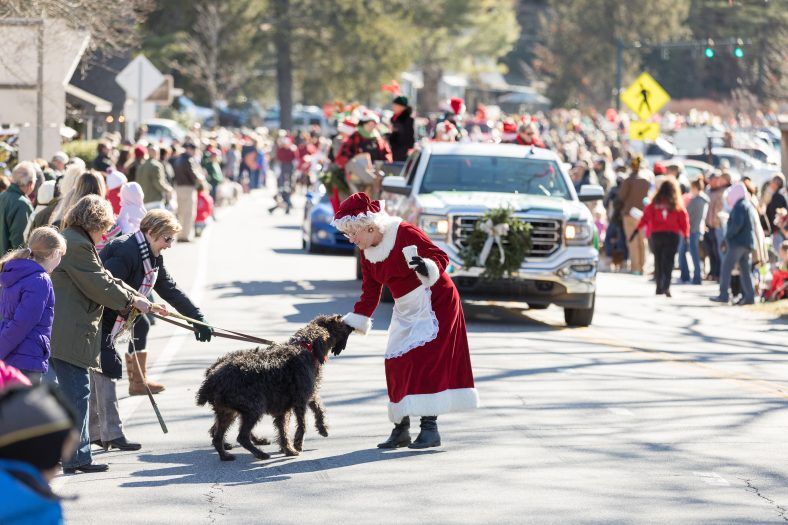 Held annually on the second Saturday in December, The Cashiers Area Chamber of Commerce is proud to plan and produce the Cashiers Christmas Parade with local businesses, organizations, and residents celebrating the holiday season. Chamber staff organizes parade theme, volunteers, participating lineup, awards and live broadcast of the event from the Cashiers Crossroads. The one-mile parade route starts on Highway 107 South and heads North towards the Cashiers Crossroads where participants are announced to the crowd. The parade then turns left on US Hwy 64 heading West and ends at the intersection of Frank Allen Road at the Cashiers Community Center. Watch a live streaming broadcast of the parade at www.wnclive.com and use #CashiersNCChristmasParade with your own photos and videos. See you then!