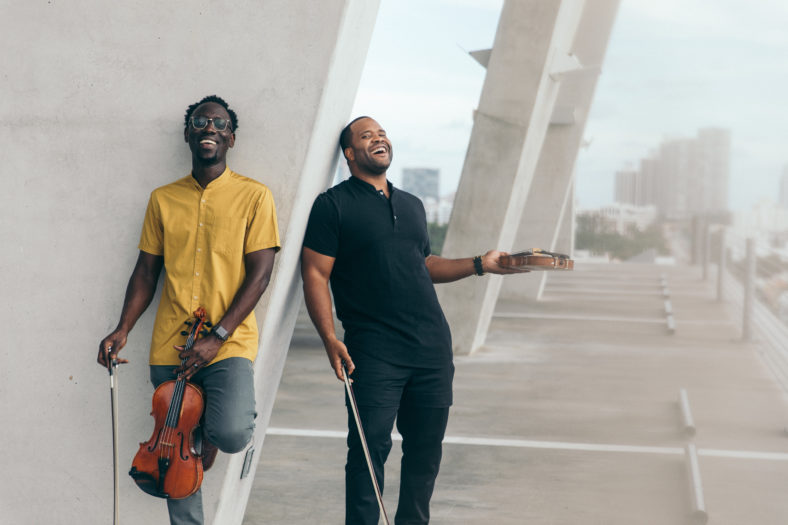 Black Violin is composed of classically trained violist and violinist Wil Baptiste and Kev Marcus who combine their classical training and hip-hop influences to create a distinctive multi-genre sound that is often described as “classical boom”.

The band released their major-label debut Stereotypes (featuring Black Thought of The Roots and MC Pharoahe Monch) on Universal Music which debuted at #1 on the Billboard Classical Crossover Chart and #4 on the Billboard R&B Chart.

NPR took note and declared “their music will keep classical music alive for the next generation”. The band is currently touring the US and will release their new album Take The Stairs in November.

Wil and Kev place heavy emphasis on educational outreach and have performed for more than 100,000 students each year. They will perform on Thursday, February 10, at 10 AM for local elementary school students in Western North Carolina. Learn more at arts.wcu.edu/learninglive.